Research at the Chair of Human Movement Science is devoted to the understanding of human sensorimotor control and associated neural mechanism. Major topics are

We employ methods to capture and analyze human movements and forces as well as neuroimaging and brain stimulation methods and new technologies in rehabilitation.

From August 31st to September 2nd, the Chair of Human Movement Science contributed to the scientific program of the 27th Annual Congress of the European College of Sport Science [read more]

There is growing evidence that stroke also impacts the dexterity of the non-paretic, ipsilesional hand. Previous studies have shown that stroke might impair anticipatory force scaling at both hand. However, the anticipatory control of torques when lifting objects in a precision grip has never been… [read more]

A workshop contribution on motion capturing in neurology (Prof. Joachim Hermsdörfer) and a Late Breaking Abstract poster on the assessment of movements in everyday life by wearables in persons with multiple sclerosis (Dr. Philipp Gulde) were presented at the RehabWeek 2022 in Rotterdam. [read more]

The Chair of Human Movement Science and the Chair of Cognitive Systems take the lead in the TUM Innovation Network eXprt: Exoskeleton and Wearables Enhanced Prevention and Treatment. [read more]

In the framework of fostering the contact between the Departments for Sport and Health Sciences of, which is funded by the University of Exeter, Prof. Joachim Hermsdörfer and Dr. Philipp Gulde visited Exeter (Devon, UK), which is approximately 2h by train from London. [read more]

From the 16th - 18th of June, the Chair of Human Movement Science participated in the 54. Annual conference of the “Arbeitsgemeinschaft für Sportpsychologie“ (asp). [read more]

Dr. Gavin Buckingham and his working group from the Sport and Health Science Department at the University of Exeter visited the Chair of Human Movement Science on Mai 10th and 11th. The visit was motivated by the common interest in motor control and perception in particular under conditions of… [read more] 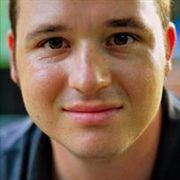 During his visit at the Chair of Human movement science Dr. Gavin Buckigham will give a talk on Wednesday May 11th, 2022 at 2:15pm [read more]